Is it okay for David to cry? Should John be a stay-at-home dad? Why isn’t Marlene being paid the same as her male co-workers?

The above are just some of the questions asked regarding the ever-changing idea of gender roles in the 21st century.

But what are gender roles?

Gender roles are collections of factors which answer the question, ‘how do I need to function so that society perceives me as belonging or not belonging to a specific gender?’ (This includes) appearance, sexual orientation, and…things like jobs, economic roles, chores, hobbies…positions and actions specific to a given gender as defined by a culture.

As ever, the relationships between men and women are complicated. What gender roles involve in the new century is an ever-shifting topic of debate. The media constantly reinforces how men and women are to be defined:

Suffice it to say, such notions are rapidly becoming outmoded. If you feel that you are butting your head against the proverbial wall in regards to the notion of gender issues and roles, talk to us about how best to address these issues in your everyday life. 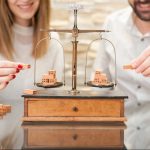